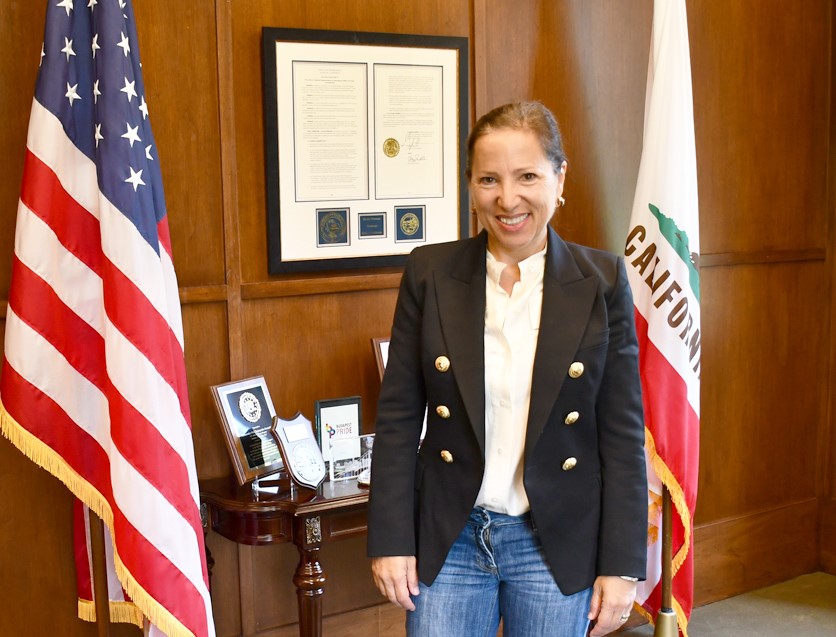 Lt. Governor Kounalakis in her office in the California State Capitol in Sacramento

Eleni Kounalakis is proud to say she grew up as a farm girl, “hunting, fishing and growing things.” Her family grew mostly wheat in what was then a rural part of Sacramento County along the Sacramento River.

“I have a deep understanding and value of the important role that California farmers play in feeding our people here at home, in sharing our extraordinary products with the world and in contributing to our economy in this state,” said the lieutenant governor.

Kounalakis now represents California agriculture on the international stage. Governor Gavin Newsom recently appointed her for the new role of representative for international affairs and trade development, chairing a trade committee composed of a dozen agency directors. The lieutenant governor also works closely with the governor’s Office of Business Development, or GO-Biz, while chairing the Commission for Economic Development.

Recently, Kounalakis advocated on behalf of agriculture during two committee hearings on trade for the state legislature, one of which included the Chinese consulate general for San Francisco. International diplomacy is in fact in her background as well. Under the Obama administration, Kounalakis served a term as ambassador to Hungary.

Kounalakis recently spoke with Agri-Pulse on the expanding role of what was once a mostly symbolic position, on President Donald Trump’s trade policies and on the increasing environmental pressures California businesses face.

Describe the role that your office has played in the past when it comes to trade.

There’s a long history of how the California state government has engaged in this very important economic issue. We used to have a Department of Commerce for the state, and it was eliminated in 2004.

What’s happened since then is the work has been picked up by others. You find a lot of activity regionally. Cities and counties, chambers of commerce, economic development councils have stepped in.

What the governor has wanted to do is make sure that because trade and agriculture are so important to our state, that we’re doing as much as possible to be able to support these industries, which very often are the source of good-paying jobs – over 400,000 jobs related to agricultural alone.

Can you explain the new trade committee?

We’ve had one formal meeting. At the staff level, they’re meeting much more regularly.

Trade is obviously a big part of that. So is coordination on efforts of California to lead on combating climate change. Of course, we also talk about other elements of California leadership as well.

Governor Newsom has said he would be reopening trade offices in Mexico. How much of that work will be related to the US-Mexico-Canada-Agreement?

What we’re doing with trade offices is we’re evaluating the best way forward. One of the things that we recommended to the governor, which he implemented, was the establishment of a unit within GO-Biz with three trade reps. We are in the process of looking for people to fill those positions.

The idea being that, rather than necessarily hiring people elsewhere, we should look at having a unit here of trade specialists and people who understand trade and who can be part-time working here in Sacramento, and part-time deployed to their regions, whether it’s to participate in trade missions or whether it’s to keep channels of communication open. That helps support businesses in California that are engaged in trade activities.

That’s the first step that we’ve taken. Now we’re in the process of evaluating trade offices. There’s no question that Mexico is top priority. We’re in conversation with the University of California – very engaged in international activity and programs – and they have an office in Mexico City. We’re looking to see if we can run some joint programs out of the Mexico office. We’ll be going to Mexico, in fact, in October. I’ll be leading a group down there and we’ll be further exploring what we might be able to do in cooperation with the UC.

NAFTA, as we know, has flaws. But for our ag community, it’s very important that we continue to have the ability to sell our products in Canada and Mexico. We’re tracking and watching the process of USMCA very closely. We, like others, do have some concerns about enforcement and implementation on the side of Mexico primarily. We’re engaged and we’re watching. But what we want to make sure is that, if we replace NAFTA with a newer, better agreement, that the issues that we care about – including labor, including enforcement, including environmental protection – this is the opportunity to get it right.

We’re tracking it, we’re following it, and we’re providing input to make sure that it truly is an agreement that is a significant step up from NAFTA. 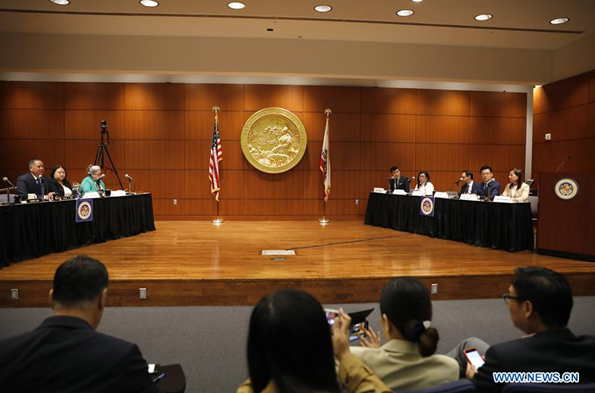 When it comes to trade with China, is it frustrating seeing the disproportionate impacts on California while the decisions are made 3,000 miles away?

We certainly know that the authority to negotiate trade agreements rests with the federal government. But we are disproportionately impacted in California. We are tracking this closely and we are working hard to make sure that our voices are heard and that our stories are told.

Unfortunately, the Trump administration is not overly interested or concerned about the impacts in California. This is to me very unfortunate and ill-advised, because the California economy fuels the economy of the whole country. Nevertheless, here we are. The impacts are real. The retaliatory tariffs by China are impacting our agricultural community a lot.

California produces over 80% of all the almonds that are consumed in the world – similarly with other products, like walnuts, dairy and pistachios.

What’s happening is that in terms of supply chains, there’s doubt as to the reliability of U.S. products as part of supply chains. Other countries are changing where they’re buying their products. If you look at Australia right now, they have oversold their supply of nuts. They’re exporting wine to China. They’ve taken up the place that California wines have held for a long time.

The using of the 301 violations as a justification for these tariffs should be to create pressure to get China to address some of the concerns that were part of the 301 complaints. We’re for that. We want to see China respond. We want to see China become more open to U.S. companies and California companies. But the way the Trump administration has pursued this, it does not look at the moment like we’re going to compel China to make those changes. In the meantime, we are really only hurting ourselves. So we’re very concerned.

With economic development, are you addressing challenges agriculture faces with the regulatory environment?

The way I see it is we need to work closely with the business community to make sure that there are not unnecessary constraints. But at the same time, we are very committed to environmental protection in this state. We are very committed to an environment where business is able to flourish, but at the same time, we’re able to build a strong society and a well-functioning system.

It’s always a work in progress. Finding that balance requires the affected parties and the stakeholders to come to the table and work with government to find solutions when there are challenges that can be fixed. We have an open door here. We’re very interested in hearing stories from the private sector.