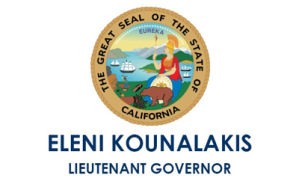 Fighting for our very lives has always been a mandate for transgender and non-binary individuals. In light of the U.S. Supreme Court Dobbs v. Jackson Women’s Health Organization, striking down the constitutional right for pregnant people to have lawful abortions, we will be in the streets, the halls of power, and the boardrooms fighting to restore the right to legal and accessible abortion and continue our fight to keep bans off all our bodies.

Our state is headed in an increasingly inclusionary, positive direction for transgender Californians, but there is still so much more policy and cultural change work that needs to take place. In this very moment, we ask our allies to open up the way they talk about abortion to include the direct impact on trans-masculine and non-binary individuals who are able to conceive.

In addition to being directly impacted by this decision, it’s also important to name that this ruling mirrors healthcare restrictions already facing transgender and non-binary people. Anti-abortion, anti-trans+ activists operate from the same core disregard of science, of medical experts, and of patients’ lives. They deny us control over our bodies and make it more dangerous for us to live as we are. While every major medical association supports gender-affirming care as evidence-based, safe and lifesaving, hospitals and doctor offices across California and throughout the nation continue to deny our community members basic gender-affirming healthcare based on their own religious beliefs.

As a Council and as individual leaders, we are in ongoing battles to defend and advance universal rights to bodily autonomy and the freedom to live authentic lives. At the same time, we keep one eye to the future and are dreading, anticipating, and preparing for what we will see. Through all of the turbulence, one thing will always be certain: our bodies, healthcare and our future belong to us.

We stand in absolute solidarity with everyone impacted by this court ruling. To our transgender and non-binary siblings, get the self-care you need and let’s continue to raise hell.

The following are available resources:

Lieutenant Governor Eleni Kounalakis established the first in the nation Transgender Advisory Council in September of 2021 with the goal of elevating the issues faced by the transgender community across California. The council is comprised of nine members who are transgender activists, advocates, and elected officials from across the state. View the Press Release for more information about the council.

For the full statement from Lt. Governor Kounalakis on this decision, please view the Press Release.

Eleni Kounalakis is the 50th lieutenant governor of California and the first woman elected to the position. From 2010 to 2013, Kounalakis served as President Barack Obama’s Ambassador to the Republic of Hungary. In 2019, Governor Gavin Newsom designated Kounalakis as his Representative for International Affairs and Trade Development, and as Chair of the corresponding Interagency Committee that oversees the state’s trade, investment, and international relations. Kounalakis is also alternating Chair of the three-member State Lands Commission, and a voting member of the University of California Board of Regents, the California State University Board of Trustees, and the California Community Colleges Board of Governors.